Dotapp, what is Google planning?

It was pretty big news in the domain world when Google paid 25 Million dollars for dotapp in an ICANN auction last February against 12 other bidders including Amazon.  Since then there hasn’t been much news or information on what Google is planning to do with their new .app top level domain.

Recently, Google domains switched its web address from www.domains.google.com to www.domains.google.  This seemingly small switch looks like they just dropped the .com part of the domain, but it’s actually more significant than that.  Domains are read from the right to the left in terms of hierarchy.  The far right is the top level domain or TLD, the second word to the left separated by the “.” commonly referred to as “dot” is the second level domain or SLD.  So what google really did by switching their domain site was not just drop .com but adopted .google, which is one of the 100 TLD’s that Google applied for and delegated in November of 2014.

I haven’t seen any announcements but a search of indexed sites on the dotapp TLD reveals some insight as to what’s being developed.  Here’s what I found with a wildcard search on Google for websites: 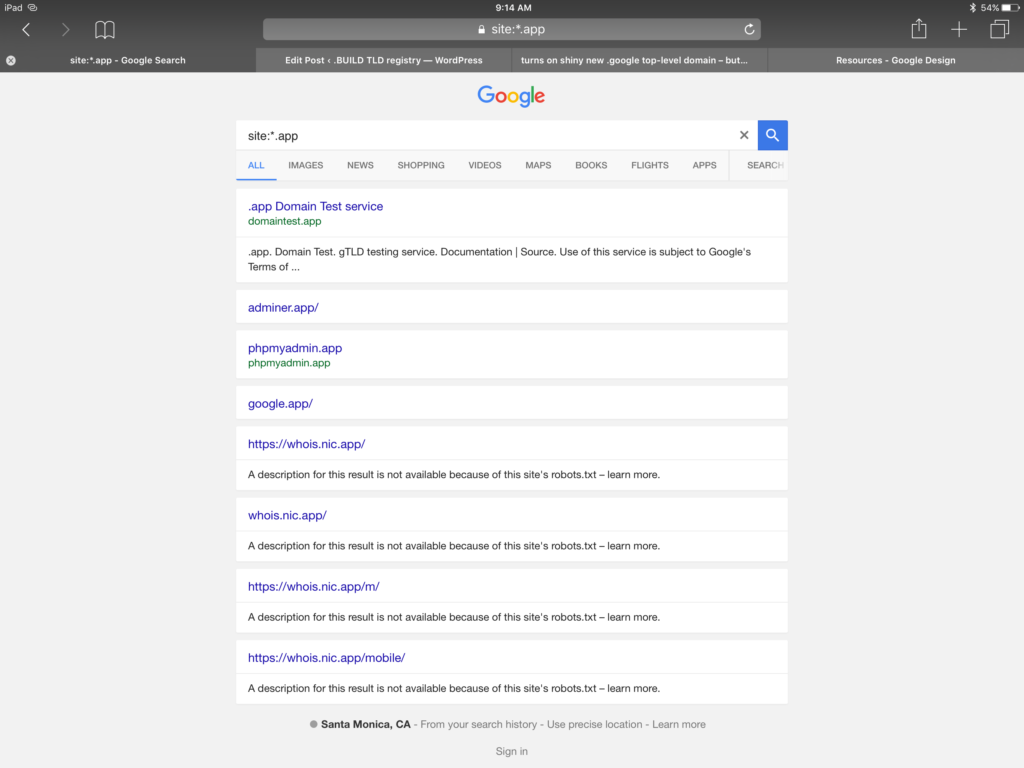 The first site domaintest.app tests a host of items over about 145 of the new TLD’s.  It is interesting to note that domain test was “Developed by Google and launched in a partnership between Google Registry and Ausregistry, CentralNic, Donuts, RightSide, and Uniregistry,”  according to the documentation on github.  Instructions on how a registry may submit to domain test for their TLD are available here.

This is just the beginning of the largest expansion since the creation of the Internet.  It’s good to see an industry effort to create open standards for the 3 billion people online and the bilions yet to come.